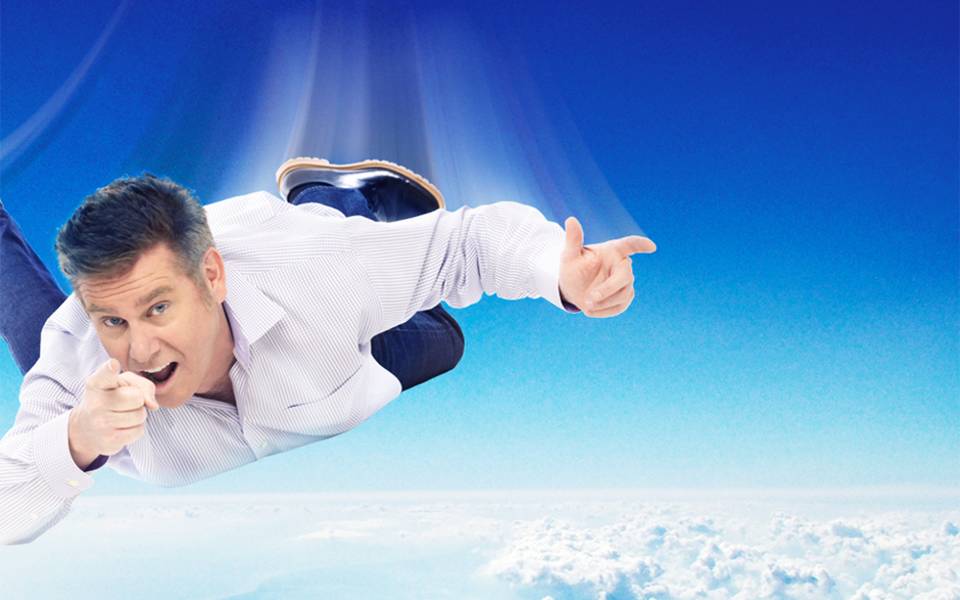 Critics, fans and fellow comedians agree, Brian Regan is one of the most respected comedians in the country, with Vanity Fair calling Brian “the funniest stand-up alive” and Entertainment Weekly calling him “your favorite comedian’s favorite comedian.” Having built his 30-plus year career on the strength of his material alone, Brian’s non-stop tour continuously fills the most beautiful venues across North America, visiting close to 100 cities each year.

Brian premiered his seventh hour of comedy, the Netflix special, “Brian Regan: Nunchucks And Flamethrowers,” in November 2017. This was the first special in a two-special deal with Netflix, joining Brian with Dave Chappelle, Chris Rock, Jerry Seinfeld and others in multi-special deals with the leader in worldwide streaming. Other appearances have included The Audience Network’s new TV series, “Loudermilk,” a scene-stealing cameo in Chris Rock’s film, “Top Five,” Seinfeld’s “Comedians in Cars Getting Coffee” and a live broadcast of a performance at Radio City Music Hall.

A regular on “The Tonight Show Starring Jimmy Fallon,” Brian is the rare guest who the show invites on for two segments, a performance segment and a segment on the couch to chat with Jimmy. Previously, Brian was a regular guest on “The Late Show with David Letterman,” making 28 appearances on the CBS show.

Tickets are $39.50 and $45 depending on seat locations, with a limit of four tickets per presale purchase and eight tickets per purchase after the first day of public sales. Please contact the box office at http://971.571.SHOW (7469) for more information.