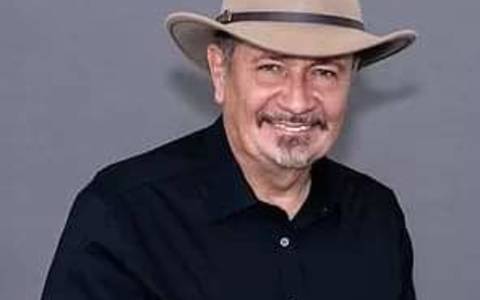 
Internationally known Psychic Medium Entertainer, Gary McKinstry, shares his gift to connect with the spirit world and intuit messages for his clients and audiences worldwide. His work as a psychic medium and his company, GVM Productions, spans over 30 years and several continents including USA, Hawaii, Puerto Rico, Brazil, France, Australia, Germany and Canada. Whether one on one at his studio in Dudley, MA, or in a large seating arena, Gary is dedicated to helping people in all walks of life and death and will deliver your messages with style. At an early age proud and very caring parents Leon & Sophie McKinstry recognized and embraced that Gary had a natural intuitive gift and watched as it came to form throughout his life. In 1999 Gary earned a Doctorate degree in Philosophy in Religion at the Universal Life Monastery in Seattle Washington and was ordained as a Universal Life Minister. Certifications as a professional Tarot Reader C.P.T.R. American Tarot Association and as a Certified Hypnotherapist with the Indian Mountain Meditation Center, New Bedford, MA followed in 2000 and 2002. Gary is a paranormal specialist and from 2005 - 2008 worked as a Extraordinary Case Manager for Orion Paranormal managing the process and research of ghost hunting cases. In 2012 Gary was raised as a Master Mason at the Quinebaug Lodge, Southbridge MA and in 2013 Elevated to the 32 degree Sublime Prince of The Royal Secrets, The Valley of Boston Grand Lodge, Boston, MA. Gary appears frequently on radio live in the studio and television appearances and has also been featured in many published novels. Virginia McKinstry, Gary's wife of 21 years and business partner, is the Production Manager for GVM Productions and oversees the management of all bookings. Gary and his wife Virgina reside in Dudley, MA and summer in Norway, ME. Light Refreshments to be served.