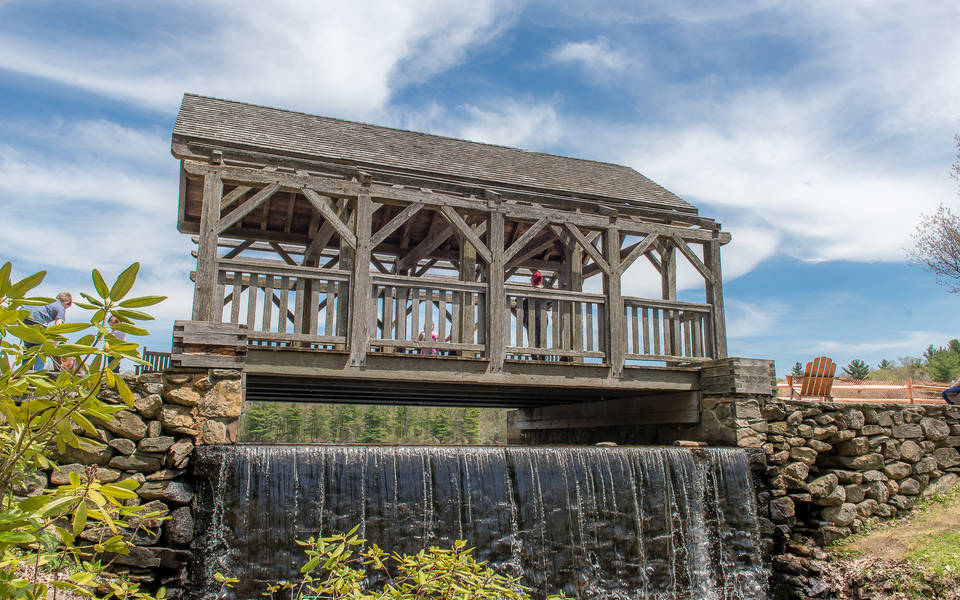 Moore State Park is a 737-acre public recreation area located in the town of Paxton, Massachusetts, portions of which were listed on the National Register of Historic Places as the Moore State Park Historic District in 2004. Moore State Park includes historical building foundations, a restored sawmill, Eames Pond, waterfalls and mill chutes as well as abundant azaleas, rhododendrons, and mountain laurel. The park is managed by the Massachusetts Department of Conservation and Recreation.

A portion of the land within Moore State Park was once the home of at least five 18th- and 19th-century watermills that were powered by Turkey Hill Brook, which cascades 90 feet over a 400-foot run. The first mills on the site were a gristmill and sawmill built as early as 1747. Visible remnants of the mill village include a triphammer, quarry, schoolhouse, and tavern. In the early 20th century, the property became a private estate, large portions of which were subsequently included in the state park.

In 2003, park staff working with the American Chestnut Foundation created a large plantation of experimentally bred chestnut trees as part of efforts to return blight-resistant American chestnut trees to the United States.