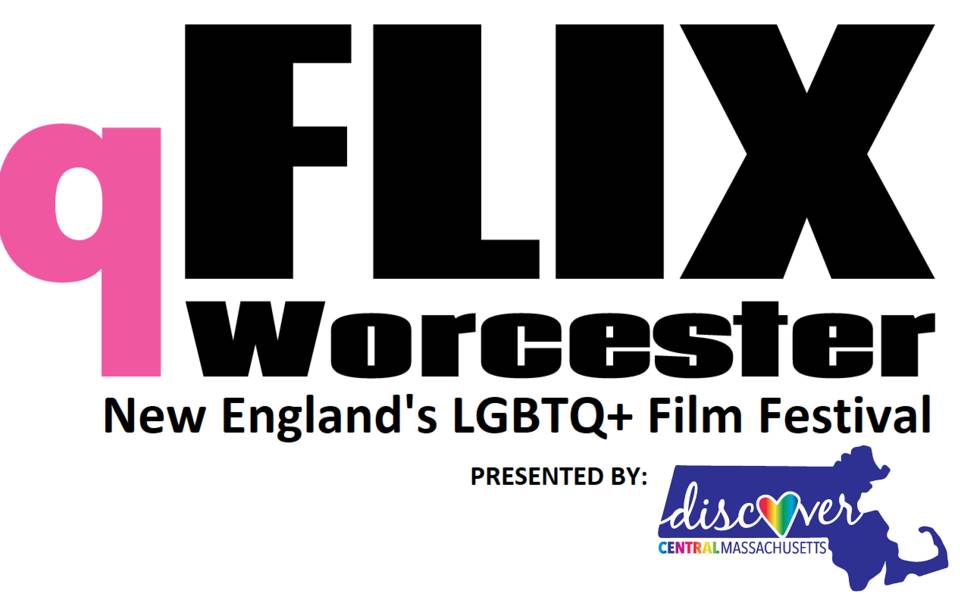 QFLIX presents this film festival for, by and about our community for the education, entertainment and enjoyment of past, present and future generations. As the largest LGBTQ+ arts and cultural event in the region, qFLIX marks its second year in Worcester with LGBTQ+ film that inspires the imagination and encourages the journey of discovery and acceptance by the region’s ever-growing LGBTQ+ and allied communities. The qFLIX mission is to preserve the tradition of the exhibition of American and international LGBTQ+ independent film, inviting Worcester to spend a four-day weekend celebrating LGBTQ+ arts. Meet the filmmakers, experience opening and closing night events and enjoy LGBTQ+ films from around the world.

Located in the geographic center of New England, Worcester, Massachusetts is the first city that qFLIX USA is expanding in its growth and development. Our festival, qFLIX Worcester: New England’s LGBTQ+ Film Festival, will be a 4-day festival located in the heart of the region’s growing arts and cultural community at the historic Hanover Theater on October 11-14, 2018. In its celebration and inclusion of the rich diversity that the City of Worcester fosters, it is our intention to establish qFLIX Worcester as a yearly event each October. Rooted in the history of 24 years of LGBTQ+ film festival leadership, qFLIX USA, the producers of qFLIX Philadelphia, James Duggan and Thom Cardwell, are proud to be establishing and spreading the tradition of sharing the stories of LGBTQ+ people in a safe and affirming environment with the return of qFLIX Worcester. qFLIX USA believes that experiencing our voices, stories and visions on film from around the globe, from birth to death, from the loved to the loveless, from youth to maturity, helps lift us forward as individuals and as a community. Film as an international language will allow qFLIX Worcester to foster, support, and give access to independent filmmakers and to encourage and nurture younger ones in the art of filmmaking in all its diversity. The mission of qFLIX USA is to preserve the tradition of the exhibition of American and international LGBTQ+ independent film. qFLIX Worcester will present our film festivals for, by, and about our community to help insure that our stories continue to be told in safe, welcoming, and affirming spaces. Film inspires the imagination and encourages the journey of discovery and acceptance by both the ever-growing region’s lesbian, gay, bisexual, transgender, queer and allied communities.